The Price is Right Slot Game 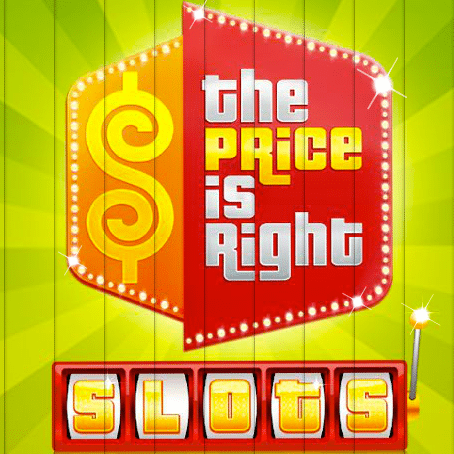 The Price Is Right is an American television game show that first aired in 1956 and became a household name in 1972 when it was revamped with Bob Barker as host. In the many years since, the brand has given rise to a wide range of print media, board games, video games and even slot machines.

The newest The Price Is Right slots game is developed by IGT and available at William Hill Games.

The Price Is Right Slots

The Price Is Right is a five-reel, nine-line video slot machine. The version of the game that is available at online casinos, like William Hill, is identical to the version found in B&M casinos in Las Vegas and other areas throughout North America. The game is also available in a handful of versions, and the difference between these versions is the bonus game. In the default version, the bonus game is Plinko, and but in other later editions, it’s Cliff Hangers and Secrect X or the Dice Game.

The graphics used on The Price Is Right are cartoonish and in the spirit of the TV game show as it was in the 1970s. The audio is minimal and only plays during reel action, but it does a good job of providing the player with audio cues that help keep them engaged.

The game employs the classic Price is Right theme song during wins and other recognizable sound effects from the TV show.

The Price Is Right allows the player to play one to nine lines and one to five coins per line. Coin sizes range from 0.05 to 10, which means that the minimum bet is 0.05 and the maximum bet is 450. The jackpot is 62,500 coins, which is worth as much as 625,000 at the max coin size. Once the stake is set, click the Play button to spin. The game does not feature auto-spin.

First, you will be given a decision between two mini bonus games.

The Price is Right Bonus Mini-Games 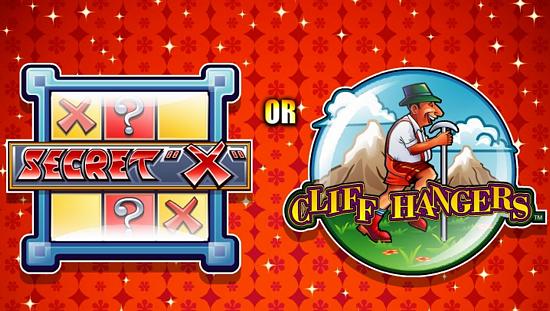 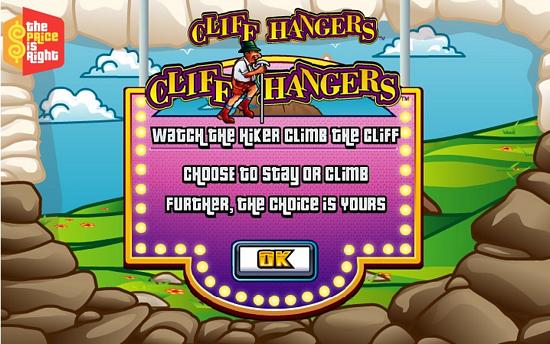 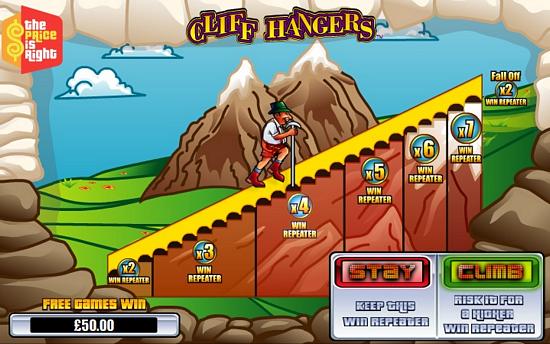 In the last image above, I chose to CLIMB and my guy fell off the cliff! So I should’ve selected STAY and taken 4x the profits!

Choosing the Secret X game will begin the tic-tac-toe inspired mini-game. Under one of the question marks is the Secret X. Your job is to earn X’s by successfully guessing the value of household items, and then placing those X’s on the board to make a tic-tac-toe, 3 in a row. 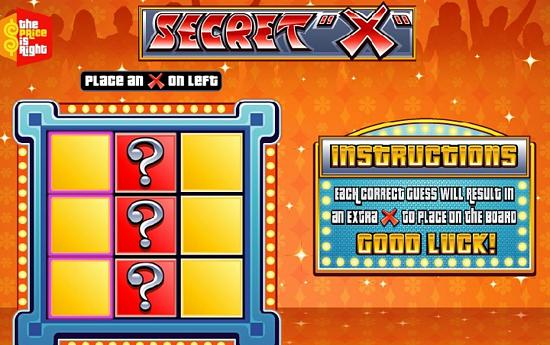 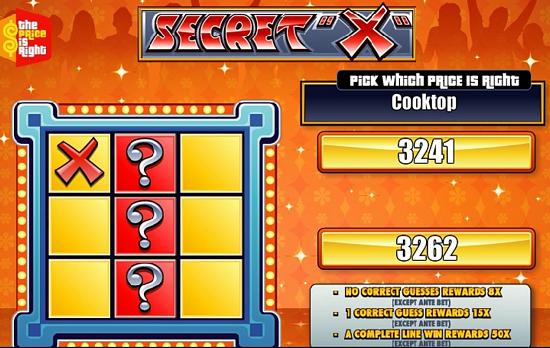 The game also has a scatter symbol, The Price is Right logo, which pays out in coins whenever there are three or more of them on the reels, on an active bet line. And if three logos appear anywhere on the screen, this will launch another bonus games – the Showcase Feature! At the Showcase round you can win the showcase prize, double showcase or the super bonus.

The Price is Right Showcase Feature 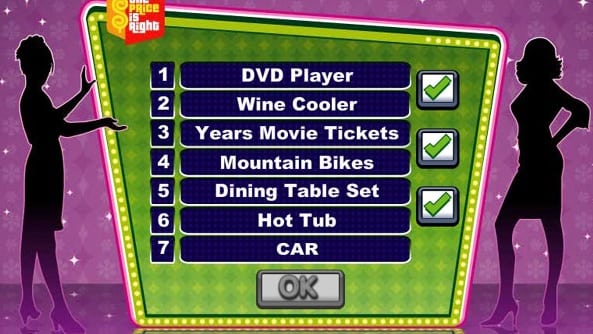 The Price is Right Big Wheel

The Big Wheel bonus game is common to all versions of The Price Is Right by IGT. You can see the Big Wheel on the right side of the reels, and by default this feature is turned off.

You can turn on the Big Wheel at any time at the cost of an additional 10 credits per spin. When the Big Wheel feature is activated, the Big Wheel will spin whenever the reels spin. The Big Wheel can win you a multiplier on any winning spin from 1x to 5x, or even direct access to one of the mini-games.

If you are a fan of the Price is Right, there is a lot to like about this slot game!

Click here to play The Price is Right at William Hill Games and get your £20 free cash bonus.